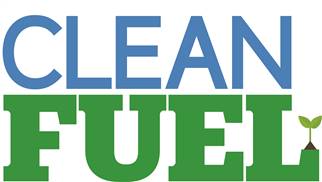 Team Britannia will use the emission-cutting Hydro-Diesel to power their 42,000 km round the world record attempt.Hydro-Diesel, which has been developed by Portsmouth based Clean Fuel Ltd is an advanced emulsion, a mixture of diesel, water and surfactant that when burnt produces less pollution than standard fuel.

Also known as "Water-in-diesel" (WiDE), it can be used in almost any existing diesel engine setup with little, or no costly additional modification or retrofitting. While the benefits of emulsified fuel have been known for about 80 years, problems around the fuel's stability have hampered its use.

Steve Mason, Clean Fuel's Chief Engineer, says that this problem has been resolved with the successful development of Hydro-Diesel V1, which has been developed alongside Team Britannia's ambitious round the world powerboat project.

Head of Team Britannia, ocean racing legend, Dr Alan Priddy commented: "This is an exciting day for everyone involved with Clean Fuel and Team Britannia, including our amazing crew and commercial partners and world distributor Maktec Marine, the British marine engine specialist, who provide a dedicated sales team for the fuel and ongoing advice from their years of experience in this sector."

"Today we can announce that following extensive real-world testing of a number of emulsion variants, we have selected Clean Fuel's Hydro-Diesel to power the two Fiat Power Train (FPT) engines."

For the last three years, Hydro-Diesel and other variants have been used in a number of vehicles to test reliability, engine wear / damage and pollution. These vehicles have then been taken to an MOT testing station to monitor their emissions, along with regular component checks.

The results have impressed Team Britannia's crew, confirming a previous trial on the boat's engine back in 2015, carried out by HendyPower, which showed no loss of power despite using an emulsion containing up to 25 per cent water.

Dr Priddy continued: "The test in 2015 was a real eye-opener for us. We knew that emulsified diesel had the potential to make a big and immediate contribution to the reduction of harmful emissions such as nitrogen oxides (NOx) and particulate matter (PM), but there was a lingering question mark over the stability of the fuel and whether it caused pitting. Now we have the answer. Hydro-Diesel is quite simply a remarkable product that we have been testing in a number of vehicles, including my own work's van, and monitoring the effects. It has been extensively tested and is stable with no sign of stratification in normal conditions."

Mark Cornforth from Maktec Marine added: "We are delighted to be supporting Clean Fuel and Team Britannia in highlighting the potential of Hydro-Diesel. While the marine industry has been working hard to reduce the use of high sulphur content fuels and improvements have been made to the efficiency of ship engines, the sector is still a major contributor of pollution as it supports the movement of goods all around the world."

"Early results suggest that Hydro-Diesel has the potential to be the next jump forward in the quest to reduce NOx and PM, without requiring expensive modification, expensive scrubber systems, or uneconomic changes. With Clean Fuel's technical support and Maktec's expertise I think we have reached an exciting turning point in the future of Hydro-Diesel and its positive impact on our environment."

The benefits of emulsification have been well known for more than 80 years, as WiDE cuts PM and other gases by improving atomisation of the hydrocarbon molecules, making the whole combustion process more efficient. Other benefits include a lower engine temperature and a reduction of the fuel consumed per mile.

Clean Fuel also hope to announce a number of additional trials in coming weeks, including a project to help cut pollution around an international commercial port, and another to cut pollution from refuse lorries.

Dr Priddy concluded: "It has always been my goal to make this record attempt greener than previous efforts. For example, we looked at bio-diesel, but this actually appears to burn hotter than regular diesel, and while better on CO2 was significantly worse for NOx and PM. While other technologies, solar and battery are still developing, this left us looking at fuel emulsions. I am delighted that we can now confirm Hydro-Diesel as the fuel Team Britannia will be using to smash the round the world powerboat record. And once we have proved what our testing has shown, that it is both reliable and economical, we expect to see a large quantity of world shipping to make the switch, providing a major boost to attempts to reduce pollution."

Notes to editors:
Clean Fuel is the proprietary brand name for a range of fuel emulsions, a mixture of fuel, water and surfactant. Specially designed and formulated (patents pending) to simply and permanently "emulsify" multiple types of fuel with water, to produce so-called "White Fuel Emulsions." Homogenised fuel / water emulsions used in the place of pure fuels reduce various types of exhaust pollutants from combustion engines including NOx and PM.

Win a place on Team Britannia's superboat that will be used to break the round the world record.

The competition is being launched to help fund the final stages of the fit out and launch of the 80ft vessel named Excalibur. The superboat is a completely new design from Professor Bob Cripps, former Technical Director of VT Halmatic. It has been designed in the UK and has been built near Portsmouth out of marine-grade aluminium. It encompasses an exceptionally efficient hull, which will cut fuel consumption by up to 30 per cent and allow the superboat to travel further without stopping to take on fuel…