In ancient times King Arthur sought Excalibur – the mythical sword with magical powers – in order to claim the right to say “I rule the waves”.

Today, once again, our weapon in the battle to rule the waves is Excalibur, but this time it’s not a sword but a high performance sportboat of a type never seen before – a mix of the finest British engineering, design and crew – combining to claim the world crown.

Serial circumnavigator Alan Priddy is the man behind this attempt. As a young man he watched in admiration as Donald Campbell fought with the Americans to claim the land and water speed records, and was inspired by his sense of national pride and appreciation of history. Then through his busy life he watched as the Americans, and then the rest of the world, claimed more sailing records that had previously been held by Great Britain.

A proud sailing man, he took this personally, and decided that the time had come for action!

Having sailed around the globe under sail and under power, Alan was able to fashion his “dream boat” with vital knowledge gained only by the few members of this select club. He looked into history for inspiration and the revolutionary wave-cutting design is a 21st century evolution of the equally revolutionary Turbinia. 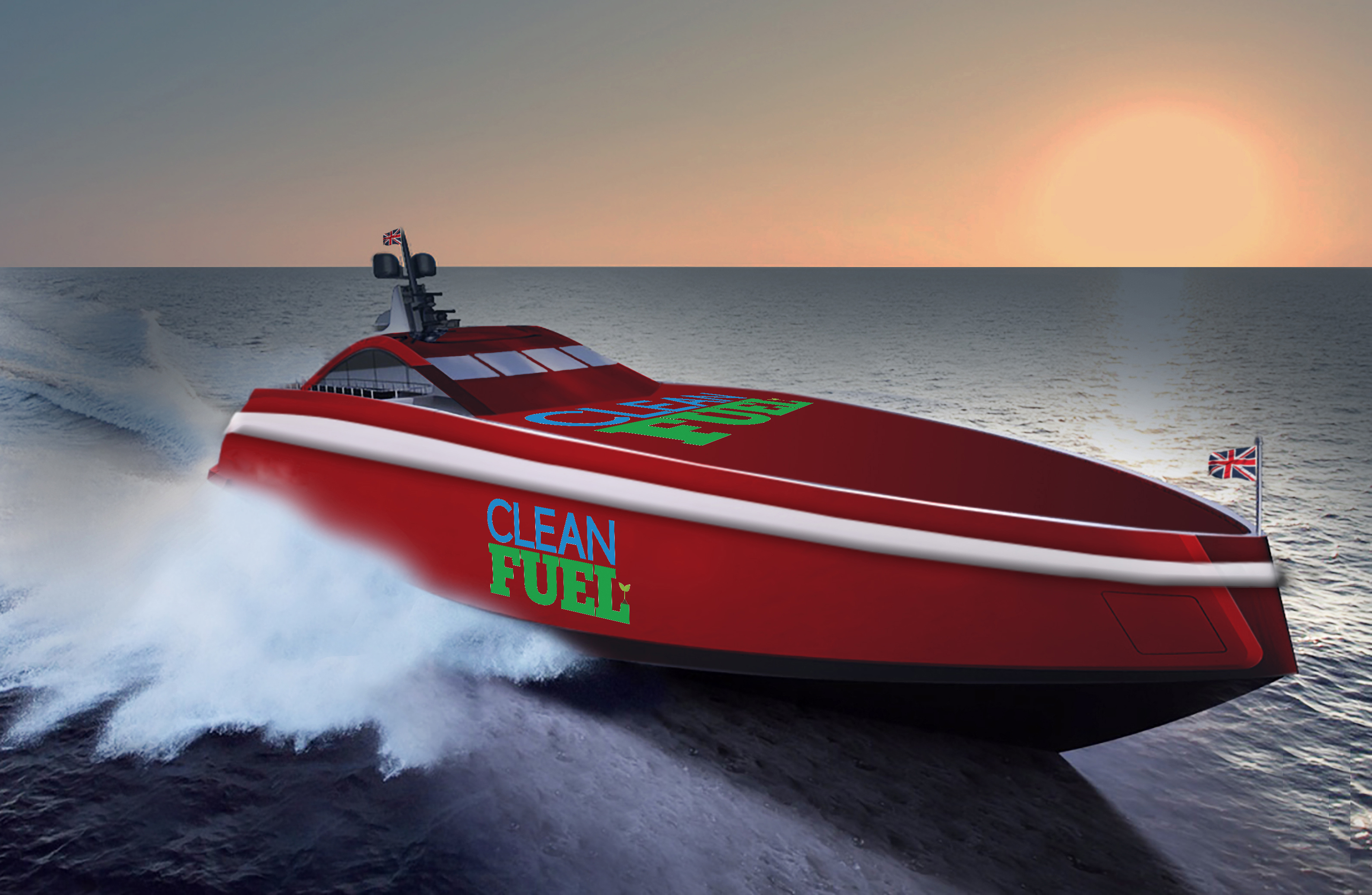 Futuristic for our Future

But today we have more pressing imperatives than just world records – we live in a world of finite resources, and a key aim of this project is to help reduce the consumption of energy used on the oceans.

Whilst new technologies are being designed, the brains behind Team Britannia also wanted to use this opportunity to see if there was a design-led solution that could be implemented instantly into the marketplace. Initial tests suggest that this design could reduce fuel consumption by up to 30%. The effect of this on the emission of harmful toxins into the air and oceans may be felt for generations to come.