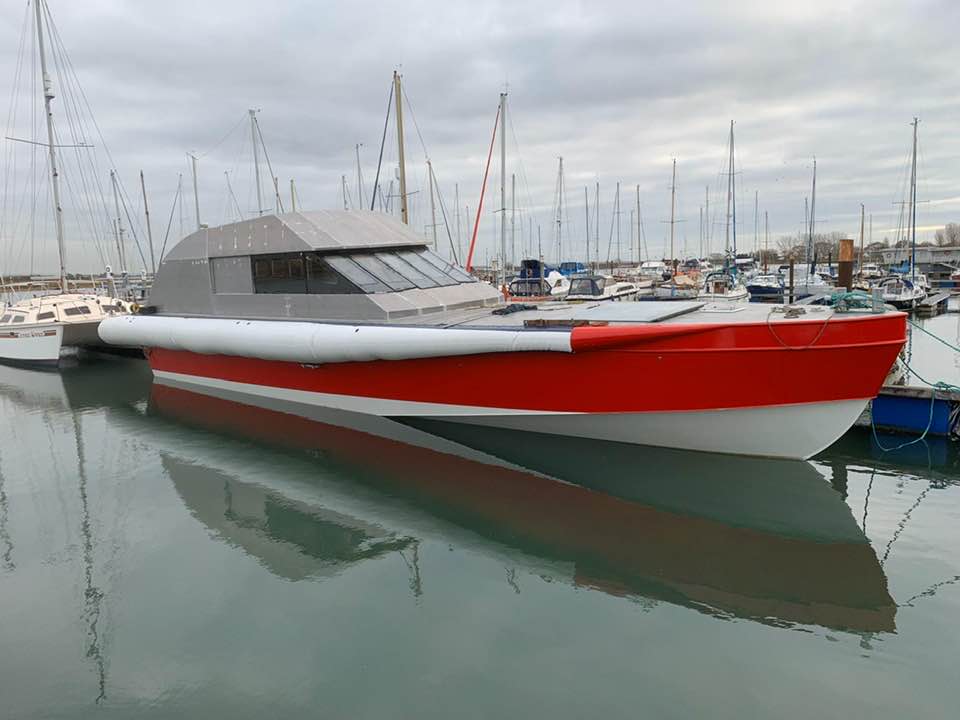 Friday 6th and Saturday 7th December saw another landmark moment in Excalibur's construction - she gained an extra two metres in width! Fitting the inflatable tubes (also known as collars or sponsons) was backbreaking work carried out in horrendous weather. Why not wait until a sunny day? It had been planned some time in advance to take advantage of the tide times - depending on which side of the boat is being worked on dictates which side of the dock she has to be moored, and once floated over, we then have to wait for the tide to go out and for the boat to settle in the mud before the heavy work begins. 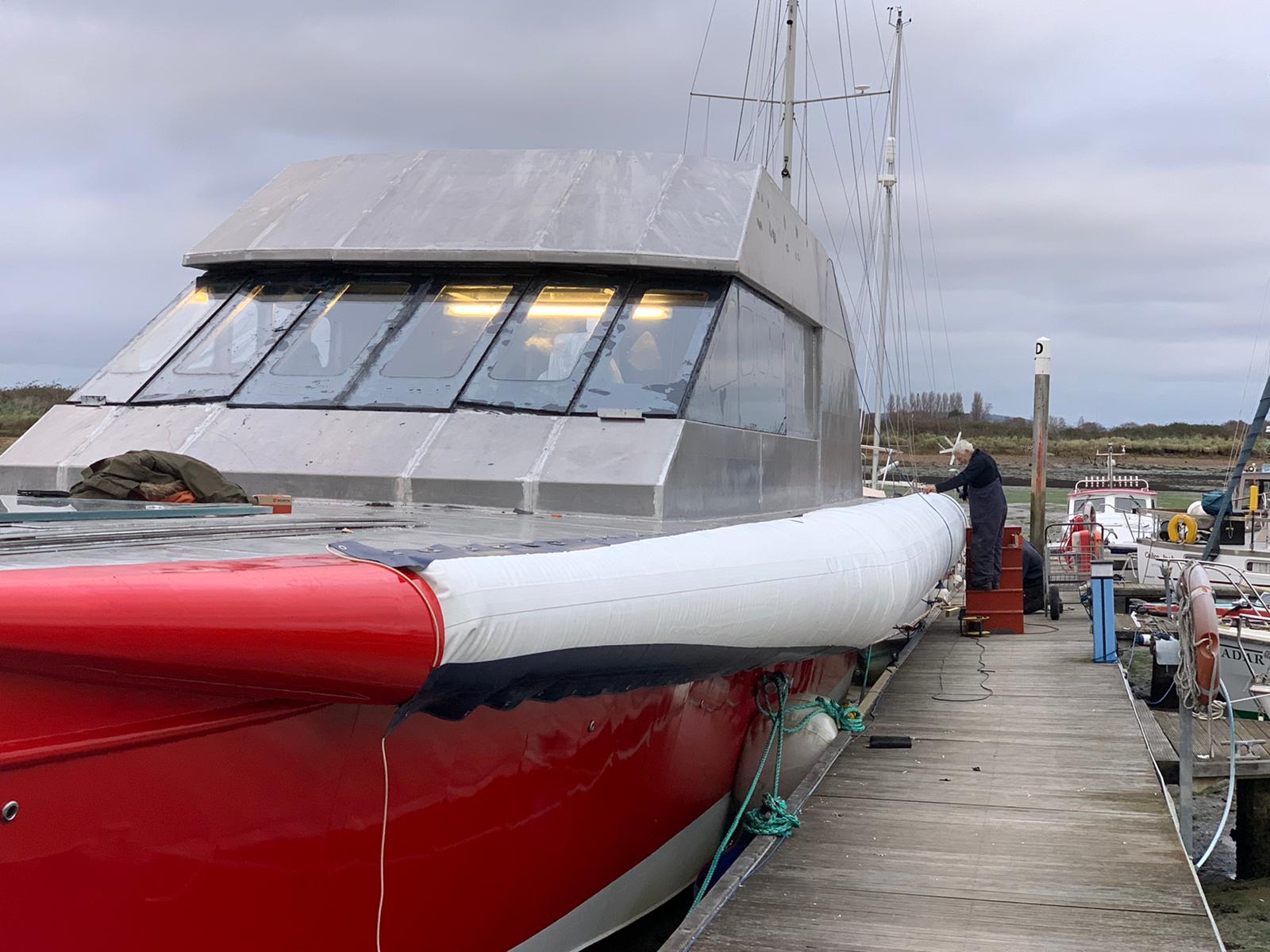 With the coated material sponsored by Orca, the tubes were assembled for us by Henshaw Inflatables Ltd (Wing). Each one is 19 metres long, weighing 250 kilos, so just manhandling them was a major effort! There are 116 fixing bolts per tube, all of which had to be drilled, tapped and special inserts fitted into the hull to accommodate the bolts. After floating the boat over to the opposite pontoon, Alan Priddy, Elliott Berry and John Garner braved the pouring rain and howling gale to fit the starboard tube. "To say it was a struggle is an understatement," says Alan. Meanwhile, we also had a working party inside the boat - Steve Mason and Alan Goodwin completed the two two-berth cabins at the rear of the wheelhouse before moving on to the stairwell and front cabin.

After a night spent on board, which included sampling some of Team Britannia's excellent freeze-dried meals, the boat was floated back over to the other side of the dock for the port tube to be fitted. With Elliott Berry's place taken on Saturday by Andy Reid, they managed to get finished late afternoon just before a storm came in and the light went. We also had a steady stream of visitors, including Dave Stanway, one of our competition prize winners. We should add that corporate sponsorship opportunities for Team Britannia and Excalibur's round the world record attempt are still available, so if you or anyone you know might be interested, please do get in touch.