A top businessman and entrepreneur has ticked off his “bucket list” by getting on board Team Britannia’s round the world record attempt. 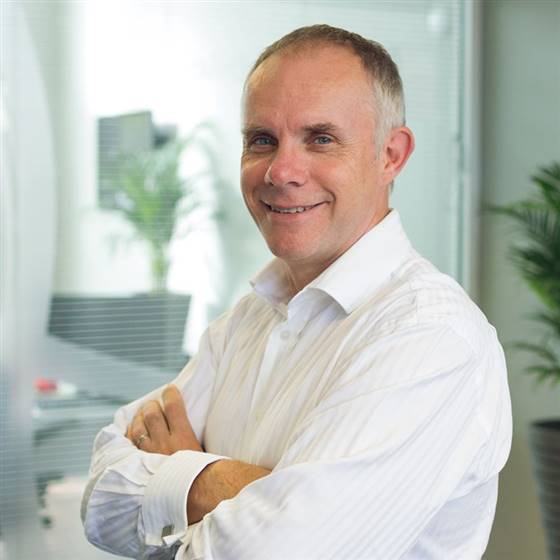 John Gladman from Essex, who founded a slew of companies including IT firm Oakley VR and Worrinots Ltd, will become of one the onboard crew for the 42,000km record attempt led by ocean racing legend Alan Priddy.

John will join the 19-man crew who hope to break the current round the world powerboat record, held by New Zealander Pete Bethune at 60 days 23 hours 49 minutes.

Team Britannia will use a revolutionary 80ft semi-wave slicing RIB, designed by Professor Bob Cripps, the former Technical Director of VT Halmatic. It is being constructed out of marine-grade aluminium on Hayling Island and encompasses an exceptionally efficient hull, which will cut fuel consumption by up to 30 per cent.

Alan Priddy commented: “It gives me huge pleasure to welcome John to the team. As someone who has been boating since he was a kid he brings a wealth of experience to the crew, which we will need if we are going to break sailing’s toughest challenge.”

John says he has been sailing since before he could walk, encouraged by his father who served in the Royal Navy during the Second World War. When he was 14 he navigated across the channel and has been “mad on boating” ever since.

A serial entrepreneur and business owner, he runs several businesses that sell accounting solutions from Sage & Microsoft, through to a Mobile app business that specialises in Augmented and Virtual Reality solutions. A dedicated family man he runs a business with his wife Tracy, called Worrinots. Worrinots is an award-winning app that helps children overcome worries, stress and mental health issues. When not working, John enjoys spending time on his Azimut 50 sailing in the Mediterranean.

John commented: “I am over the moon to join Alan’s crew and team of experienced sailors and veterans. Breaking the round the world powerboat record is a once in a lifetime opportunity for me and completes my bucket list. I am looking forward to meeting the rest of the crew and to start training for the record attempt that could be launched as early as October.”

Team Britannia’s proposed route, will see them start in Gibraltar before calling at Puerto Rico or Antigua, Manzanillo, Honolulu, Guam, Singapore, Oman and Malta. The trip will qualify for a number of additional powerboating records or port-to-port records, which are part of the seven stages, or legs.

In an effort to make this record attempt “as green as possible”, the superboat will be powered by a revolutionary fuel emulsion, a mixture of diesel, water and emulsifying agent, which reduces harmful emissions such as particulate matter and nitrogen dioxide.

The effects of the emulsified fuel on the engines and the emissions will be monitored for the duration of the voyage and the results beamed back to the UK for analysis.

Additionally, the crew will be taking seawater and air samples every hour, recording the exact longitude, latitude and temperature before analysing the plastic content, to build up a unique map of microplastics in the water and air.

Dr Priddy concluded: “The fitting out is under way with our focus on the crew’s living accommodation, while a small amount of welding to the cabin is finished. While our chief engineer has started on the miles of cabling that will be installed to operate the cast array of sensors, monitoring everything from the engines to the crew.

“Finally FPT will commission the superboat’s two engines and jets that will power us throughout the record attempt. These will be run on regular diesel during sea trials before we switch over to emulsified in our attempt to make this voyage as green as possible."

"So we are getting close to announcing when the boat will hit the water, a timetable for record attempt and a title sponsor who will enable us to bring home the world record to Great Britain.”

Team Britannia is a multi-million-pound British bid to design and build the fastest and most fuel-efficient semi-wave slicing superboat to circumnavigate the globe for the much-coveted UIM world record, currently held by the New Zealander Pete Bethune at 60 days 23 hours 49 minutes.

The World Record Authorities (UIM) dictate that for a recognised circumnavigation the craft has to pass through the Suez and Panama Canals, cross the Tropic of Cancer and the Equator and must start and finish the journey in the same place.

The superboat is a completely new design from Professor Bob Cripps, former Technical Director of VT Halmatic. It has been designed in the UK and encompasses “an exceptionally efficient hull,” which will cut fuel consumption by up to 30 per cent.

In addition to the design, the vessel will be powered by a revolutionary fuel emulsion, a mixture of diesel, water and an emulsifying agent from Portsmouth based Clean Fuel Ltd. This will reduce harmful emissions such as particulate matter and nitrogen dioxide.

The effects of the emulsified fuel on the engines and the emissions will be monitored for the duration of the voyage and the results published online.

The boat is being built by the Aluminium Boat Building Company in Hampshire, out of marine-grade aluminium. The metal was produced by Blackburns Metals and cut by specialist firm Aalco in Southampton.

In September 2018 the superboat was turned to facilitate the fitting out process, including the installation of the engines and jets.

When completed the boat will showcase nearly two-dozen leading marine companies, which are supporting the project with their expertise and equipment.

Team Britannia will launch their record from Europa Point in Gibraltar following sea trials in one of the two annual weather windows.

Fuel – Emulsified diesel (diesel, water and a unique emulsion developed by Clean Fuel and its partners)

For more information and regular updates visit: www.teambritannia.co.uk or @team_britannia