As construction of the boat approaches its final stages, Team Britannia’s onboard journalist Clive Tully highlights some of the technical questions which have cropped up recently from social media followers 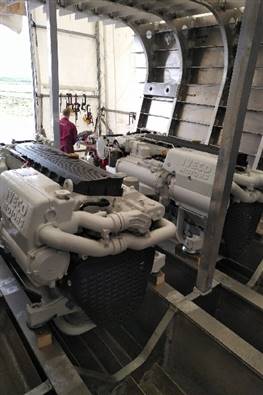 State of the art round the world sailing yachts are made from carbon fibre composite. So why not Excalibur? We've had a strong eco theme running all the way through the project, and for that reason, we couldn't consider carbon fibre. Light and strong it may be, but in some quarters it's regarded as the next asbestos time bomb. It simply isn't an environmentally friendly material - there's no responsible way of disposing of it once it's done with. Excalibur, on the other hand, is not only made from recycled aluminium, but in the event that she's ever scrapped, over 90% of the boat will be recyclable.

The way she's been put together is also worthy of note. We've used pulsed MIG (Metal Inert Gas), an efficient form of welding which provides a neat strong weld, and is particularly favoured for welding thinner aluminium plate, where the problem of warping and burnthrough would otherwise be a risk. Unlike other forms of welding, there is no spatter which has to be cleaned up afterwards, and it's also favoured where the welder is operating in a confined space.

One of the great advantages of working in aluminium is the way bits can be added and removed to assist with the construction process. An early example of this would be the extra lugs welded on fore and aft to allow the boat to be turned over from its initial state upside down. With the installation of the six fuel tanks and retaining beams which will also support the wheelhouse floor, the top parts of the original frames in the wheelhouse area have now been removed. And with the FPT engines bolted in, you might wonder too how major servicing or replacement would take place, as the photos show the tops of the frames in the way. Here, too, when the transom is in position, the ceiling of the engine room will be remodelled to allow for a bolt-down hatch which can be unsealed if we need to lift anything in and out. Why did the engines go in first? Simply because it's a lot easier sliding them in from the back rather than craning them in from above! 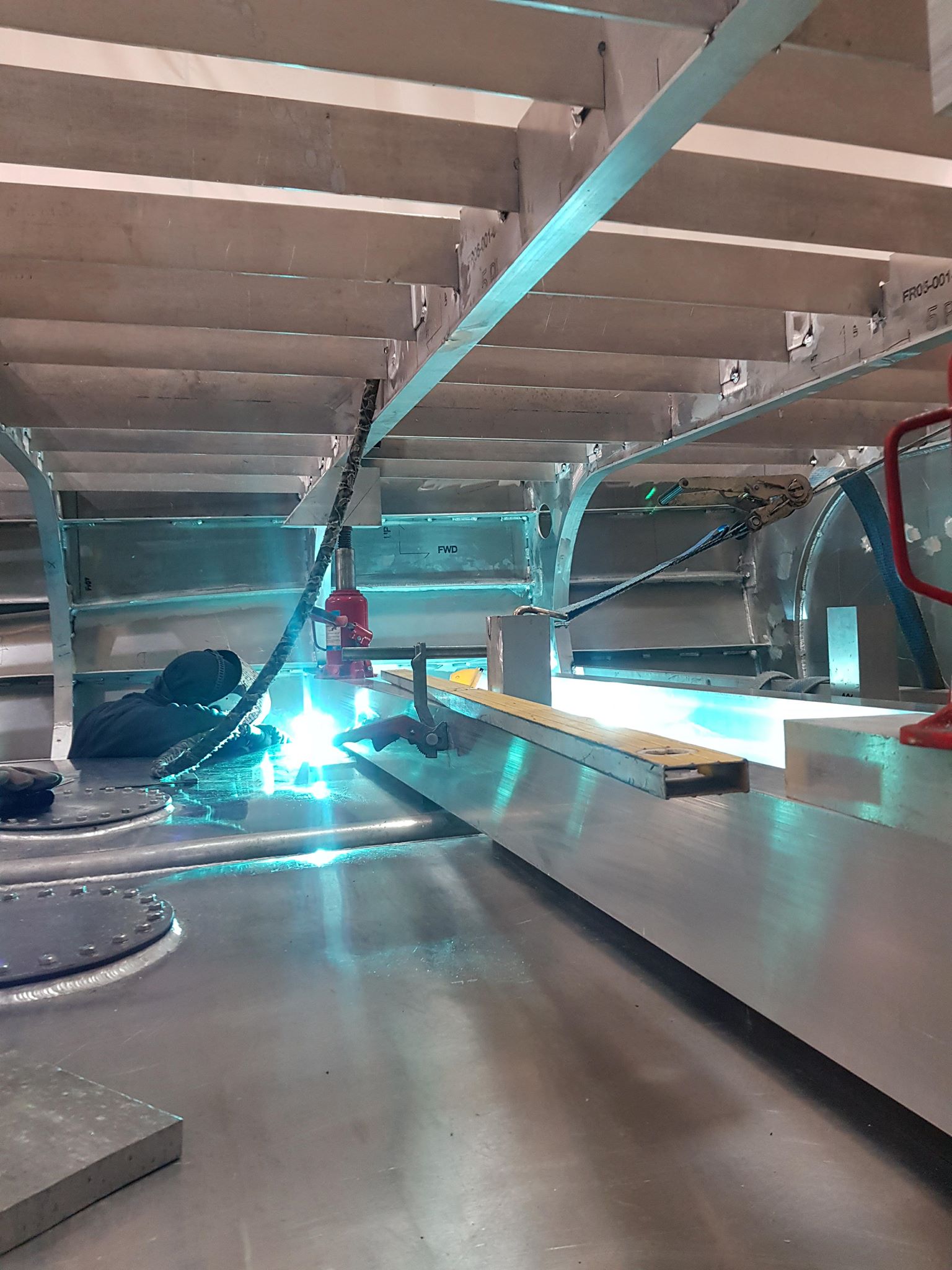 The boat has been built to conform to a whole raft of codings, verified at every stage of construction by an independent inspector. Excalibur won't just be A1 - Lloyds of London's highest shipbuilding quality - but well in excess!

With the installation of our two FPT diesel engines, some have questioned whether they have the power to push a boat of over 50 tons through the water. But having to run passages of over 3,500 nautical miles, the focus is not on brute force, but maintaining a modest average overall speed. This means that when the boat leaves each port fully fuelled, its initial speed will be quite slow. Then as the fuel burns off and the weight reduces, so the boat picks up speed. More powerful engines wouldn't necessarily add much to our overall average speed, but could burn significantly more fuel.

Apart from a fuel-saving hull design, we have the most efficient power transmission, with the FPT engines coupled directly to our Castoldi jet drives with no intermediary gearboxes. The final piece of the jigsaw comes with our use of Clean Fuel, the diesel, water and emulsifier mixing process which will not only extend the boat's range, but power it without emitting any of the pollutants normally associated with diesel engines.